Supporting the DREAMS of online merchants by providing tools and systems that are BETTER, and MORE EFFECTIVE, than those of the e-commerce giants.

Since the e-commerce world was introduced in the 1990’s, a clear separation began to form. The separation divided “smaller” merchants from what became “e-commerce giants” who had almost unlimited funds to exploit the new technology to their advantage. During the last 15 years, when “e-commerce platforms” began making online selling a reality for relatively little investment, these platforms have worked to “gain ground” on the giants who had a head start.

The development wealth of those giants (Amazon, Target, eBay, etc.) introduced online customers to features that have set a standard for “regular” online merchants to achieve.  Many e-commerce platforms became stuck… unable to develop and provide the types of features that sophisticated shoppers expected. The rich got richer….

In 2012, Snir Avidan, Visionary, President and Co-Founder of Rebillia was an online merchant who became increasingly frustrated by the limitations inherent in e-commerce platforms that gave the giants an unfair advantage. In 2014, Snir abandoned his online merchant efforts in an effort to even the playing field, change the world, and create tools and systems that addressed his frustrations while serving the needs of online merchants in a better, and more effective way.

Today, Rebillia’s easy integration and superior functionality gives merchants features that customers want combined with diagnostics that merchants need. We support businesses all over the world of all sizes – helping them drive attention, grow continuously, and retain their growing customer base.

We work and play in Buckhead, the financial center of Georgia.

Is not just about technology, It’s about people. 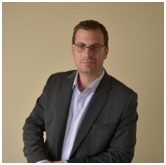 Snir brings over 20 years of experience as a business owner and an entrepreneur in both retail brick & mortar and e-commerce worlds, leading companies and startups alike. His “ahead of time” vision and practical experience in merchant-customer relationships have led him to define new sets of revolutionary features in the online shopping arena. Snir is the cornerstone and architectural mind behind the Rebillia platform.

Jason brings 20 years of proven experience with a practice of Business Structure, Strategy and Consulting. As a trusted advisor to entrepreneurs and business people, Jason is experienced in addressing the challenges facing “start-up” businesses and the strategic decision-making necessary to create and grow such entities into effective, profitable businesses. Graduated from the University of Texas at Austin receiving a B.A in Economics in 1994. Jason received his law degree from Vermont Law School in 1997. 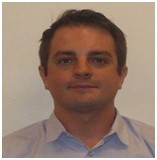 Ben brings a unique combination of deep understanding and practice in delivering technology and program management expertise. With his experience, Ben helped advance the transformation of a startup company into a multi million dollar business.

Martin has held several leading R&D roles in the software industry. With more than 15 years of proven experience, he led the software and interface design of multiple active products. His entrepreneurial and coding passions have made him a success in this industry. 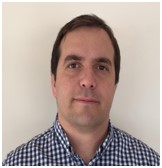 Martin was the Lead Developer of several start-up companies. His expertise in coding has made all the designs and prototypes a commercial reality. He has extensive experience in databases, PCI compliance regulations and Internet security. 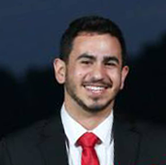 Since joining the military in 2008 through his last job as a regional sales manager for a retail company, Avri’s leadership skills elevated him to the top of his class in every challenge presented. His team building skills, problem solving passion and unique ability to analyze potential resluts makes him an integal part of Rebillia’s success.